Finding Veterans Air crews is like a rubrics cube.  Lots of movable parts and possibilities.

Two days ago (20 May), I discovered & told you about a news article authored by Don Turnbull.  He reported on a flight to Warsaw in May 1946 to deliver hatching eggs on behalf of UNRRA (United Nations Relief & Rehabilitation Administration).  In it, he identified three Veterans Air crew members by name.  In their order of appearance:

Just about everywhere you navigate on this website, Can You Identify… follows you around in the sidebar.  Most names listed come from Air Transport* magazine, June 1946. My top research priority centers on learning about those people.  They put trust, great effort and, for some, sums of money into joining my Dad, Saunie Gravely, in creating Veterans Air.

So I’m very excited about the Warsaw article.  Of our three named DC-4 crew members, only Richard Broughton had been listed in the Air Transport story.  And now, thanks to Don Turnbull, Dick is known to us not only as a pilot, but, in this case, as the copilot of the Warsaw flight.

The other big reward?  Finding Walker & Fagan who were totally unknown to me before two days ago!  I’ve already added them to Can You Identify… in hopes their family or friends will get wind of this research and tell us more about them…where are they from? what did they look like? did aviation become their career?

Once again, I am impressed by the substantive characters who joined Veterans Air. Read some of what Turnbull tells us about them:

Don Turnbull and the Veterans crew stayed at The Hotel Bristol.  I just looked it up on the web.  Its grandeur today makes Turnbull’s account of its 1946 condition and roofless lobby even more amazing.  He describes stepping “into the hallway to try to get warm water with which to shave.  There was a team of horses pulling a sled with mortar up the marble staircase.  They were not even using a ramp!”

In SOURCE (below & in Wednesday’s post), I provide you reference details on Turnbull’s article.  If you can get hold of it, you’ll find he makes a riveting first-hand account of the unnerving process of flying in and out of Poland, the sad remains of Warsaw’s rubble, the human ruin, and the challenges of rebuilding the city “…by shovel and hoe…and by hand.”

Veterans Air sets up #2 operations base at Sebring Air Terminal 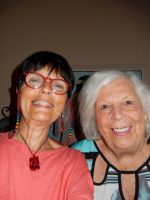