Truly a once in a life time experience!  Fireworks pale!  The Gooney Bird Bumps came in waves!

Because yesterday I found and spoke with Veterans Air Express Jack Z. Stettner!  And to his daughter, Ellen, and to Scott and Al, his two sons.  And exchanged emails.  And “friended” them on Facebook.  And they “liked” my Veterans Air / DC-3 Research Project Facebook page.  And we’re already planning a Veterans Air Express Reunion because they seem as glad to know me as I am to know Jack and his family!

Do you know why all this excitement?

Because Jack Z. Stettner is a Veterans Air Express:

Can you see my grin???  For now, it is my eternal pleasure to say…

Hello, Jack!  So happy to meet you!

I’ve got copious scribbled notes to decipher.  I was listening and laughing and talking and shaking my head so much yesterday, I’m not sure what I wrote down. By tomorrow, I hope to decode a story for you. Meantime, here’s something written by one of Jack’s sons.  Sure gives you a measure of the man:

JACK Z. STETTNER flew 44 combat missions in WWII as a B-24 pilot with the 373rd Bomb Squadron based in China. A recipient of numerous decorations and medals, Jack became a featured speaker on the War Bond tour. After the war, he joined other veterans in starting Veterans Air Line and flew relief missions into Europe and Russian occupied territories. He has published three books including Memories of the Jing Bao & Beyond, Memories of the Mind, and Infamy. Jack also has a blog. 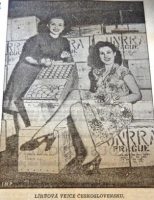