Veteran Air Express website proudly launches our Video Library on the 5th Anniversary of the project. The contents vary. From a few one-on-one interviews with crew members of the 1945 non-sked air service founded by my Dad, Saunie Gravely. To public presentations made for aviation audiences at the New Jersey Aviation Hall of Fame and Museum (Teterboro) and Embry-Riddle Aeronautical University campuses in Florida and Arizona. There is also 1946 footage shot by a Veterans Air crew member and footage shot in Prague as the Veterans Air crew disembarks from their DC-4. They have just delivered hatching eggs for the United Nations Relief and Rehabilitation Administration.

As you watch, from time to time you will catch “conflicting” information. What you are more likely hearing is either corrected or expanded information. Both are the strongest proof to the on-going nature of the research and to why I am not inclined to write a book…though several encourage me to do so. I’ve not yet reached “the” place for “the” final period. 🙂

Some long videos are segments linked together…so as one ends, the next begins automatically. Others are single videos that may also appear in Posts on the website. I hope you will enjoy them enough to give them a LIKE or to leave a COMMENT.

This is the story of how Gracie became cross-country transport for research about Veterans Air Express. Gaye Lyn was invited by The Virtual Campground to tell its viewers a unique story of RV life on as research “library” and home away from home on multiple trips 30+ days each from New Mexico to Florida and New Jersey.

Just a Sneak Preview to the first-ever presentation on Veterans Air made to an audience.

Shea Oakley, then-Executive Director of the New Jersey Aviation Hall of Fame and Museum, was one of the first “mentors” and cheerleaders of this Veterans Air research project. On November 15, 2017, Shea hosted and introduced an hour-long presentation. This video clip is an incitement to watch the entire talk.

Two years into researching the 1945 non-scheduled airline founded by her Dad, Saunie Gravely, his daughter shares her findings in November 2017. Gaye Lyn talks about the people, aircraft and accomplishments of Veterans Air Express and Veterans Air Line. This cargo and passenger air service history unfolds in story, clippings, videos and photos – including a DC-3 bearing her name. 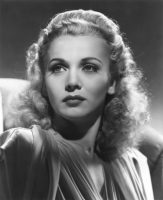