When I meet Richard Broughton’s youngest son Craig and Craig’s wife Carol for the first time in late July, they arrive bearing gold. Or so it seems to me. Craig brings 1946 Veterans Air Line images and clippings.  He produces a folder full of press coverage I’ve never seen before, several with photo captions containing names totally unknown to me. Like the four mechanics working on a “Strip-Act” interior refurbishment of an ex-military, now civilian Veterans Air aircraft.

Plus a different clipping shows and names a young man, Gus Kaloss, for whom I have vigorously searched since November 2015 (click here for more). But, as yet, I have met with absolutely no success. More photos of Gus later.

Okay. Stop. I’m way ahead of myself. Come meet Craig. And pretend you see Carol sitting with us!

(Wish I were a natural shutterbug – like Dick Broughton was. Once again, I totally neglect to take very important photos. This time of both of Dick’s daughters-in-law! Carol in Florida, Craig’s wife. And Mary in Kentucky, Bob’s wife! My apologies, Carol and Mary. And my loss!)

Carol, Craig and I meet up in Port Orange, just south of Daytona Beach, Florida, on 28 July (2017) at a great seafood restaurant called Our Deck Down Under. (It is so named because it’s under a bridge!) Getting there is a short detour for me from the RV park in Lake Worth to Jacksonville were I am overnighting. And it is about 40 miles toward the ocean for Carol and Craig.

We pull into the parking lot at exactly the same time and sit in Gracie to look at Craig’s treasures. I must say how much I enjoy their company for the next two or three hours.

After many squeals of excitement at the incredible press clippings (Yes, I squealed! I know I did!),  Craig smilingly hands me his dad’s photo album.  I’ve already been benefactor of other fabulous Dick Broughton photos…but this is exceptional.

First, Broughton “snapped” the three crated calves inside the DC-4 — the aircraft he is about to co-pilot with Captain Morgan Cooper Walker to Athens. This will be our sixth and final contract flight with the United Nations.

And this photo? I’ve never seen another like it. It answers how the calves were secured for transport. And many, many years later, when Dick tells his sons Craig and Bob the story, he recalls quite clearly it was an odoriferous journey as well!

Look at the fabulous photos of the calves being greeted like celebrities on the ground in Athens. Complete with welcoming kisses! I assume the young man in the white shirt is taking over Gus Kaloss’ handler duties.

And so, one more time, we get to see Gus Kaloss...the Greek American, 4-H “handler” who cared for the calves in transit.

As mentioned earlier, I continue searching for Gus (aka Constantine). In August 1946, flight crew records show he was from Somerville, NJ and was 17 years old. Today, he’d only be 88 or 89 – a real youngster in the Veterans family!

(Dear Reader, then-young Gus may later have chosen animal husbandry or farming as his career according to vague, unsubstantiated information I’ve dug up. With these photos from Broughton, matched to other photos he took, I may have a better chance of locating Gus (Constantine) Keloss. Let me know if you can help find him!)

Shutterbug gets caught on camera!

Just had to include this photo.  It was in Dick’s photo album. It may have been taken in Athens by a buddy. Not sure; don’t care.  It captures a walk with the confidence of a superb pilot. And I’m betting he certainly was. The photo speaks to me and I want to share it.

With this trip to meet Carol and Craig, one more time I feel like I’m visiting family. Yes, Craig and I have spoken on the phone and exchanged all kinds of information and emails since October 2015 when I found him. But still, I marvel at and love the way the Veterans Air “families” meet and greet.

On the other hand, can you imagine Craig’s reaction to this private message on 28 October 2015 via a website called goodreads? (I got Craig’s name, sadly, from his father’s obituary. But when I sent this message, I still had no idea if he was the right Craig Broughton.) My message read:

Craig, forgive this round-about contact, but I hope you’ll read this.

If your Dad was the Richard Broughton who flew DC-4’s for my Dad’s airline in 1945-1946, I’d really love to be in touch with you. My Dad was Saunie Gravely, founder of Veterans Air Express & Veterans Air Line, based at Newark, NJ. I know for certain that the Broughton I’m seeking was co-pilot on a United Nations relief flight to Athens in August of 1946. Sadly, I also know that he passed away in 2011. My condolences. I started my research too late. I would love to have known him.

If I have the wrong family, I apologize, but would appreciate an answer to this message anyway – just so I know.

Here is my website, so you can understand my research project.
www.veteransair.org

I hope to hear from you.
Sincerely,
Gaye Lyn Gravely

Now, almost two years later, having RV’d 2,360 miles, on Day 12 of my VAE trip,  we meet in person.  And Craig and Carol bring me gifts from his dad. Not just the clippings and photos, but stories — and their friendship. 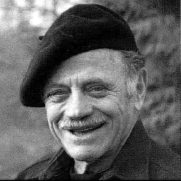