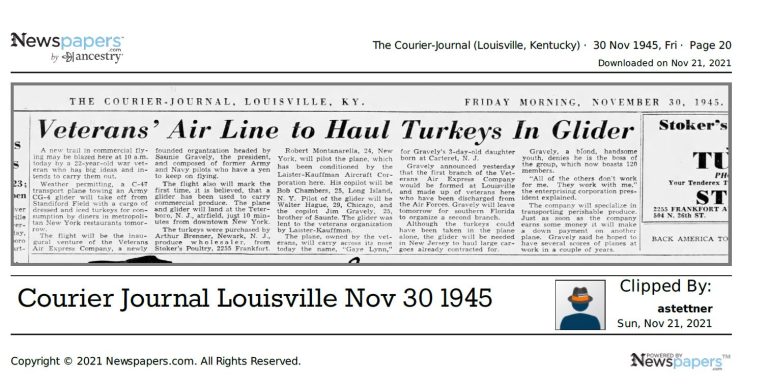 Actually, until November, 2021, when Al Stettner* sent me this lengthy Louisville clipping from The Courier-Journal, the details of Veterans Air first cargo payload, let alone a glider story, were sketchy. Thanks, again, Al.

The unnamed journalist could claim particularly thorough research. Previously unknown or unconfirmed details pepper this article. My Uncle Jim is even mentioned, and I had no idea he was involved in Veterans Air.

Our DC-3 flight crew, Robert Montanarella (pictured in DC-3 left seat) and Robert Chambers, were no strangers to my research before this clipping surfaced. I had met the Chambers family and collected a number of photos and snippets about Montanarella. But Al Stettner’s new clip was gold for the wealth of other details it contained. Every time Veterans Air shows up in any research, the “more real” our story becomes.

The next paragraph mentions a totally new name. Laister-Kauffman, the aircraft company that, according to the article, “conditioned” our first DC-3 (the Gaye Lyn) for its first payload flight. Also, the article reveals that Laister-Kauffman had loaned us a glider.

Soon, we may know more about Walter Haag. His daughter came across our research and contacted me. Nothing puts a bigger grin on my face than to know there are folks out there interested and reading about our story — not to mention if they are actually “related” to Veterans Air.

So, Dear Reader, what’s the committed, essential endeavor? * Documentation as best as I can provide, beginning with this Post. It will require more time. But I owe it to the story. I “should” have started sooner, but, like Topsy, it grew and snuck up on me. As I progress, I intend to * Document previous Posts as well. Yikes! 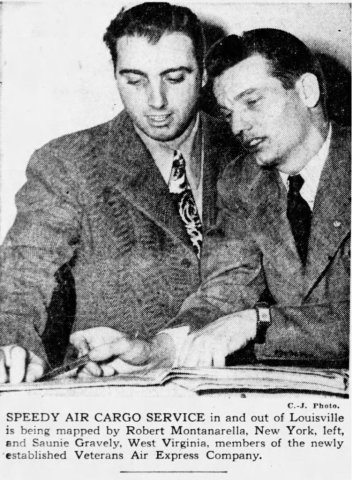 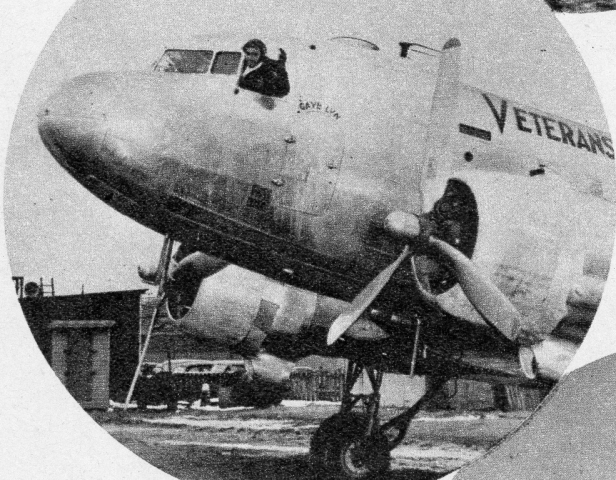 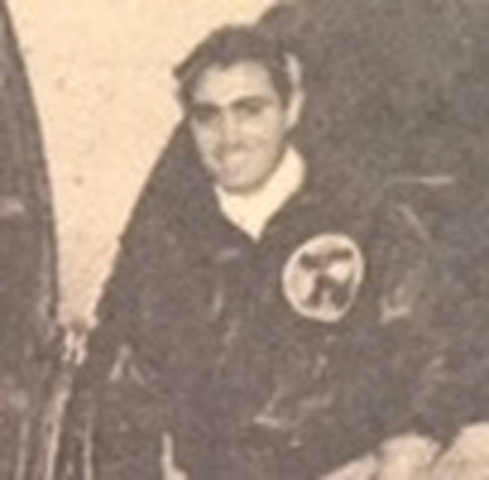 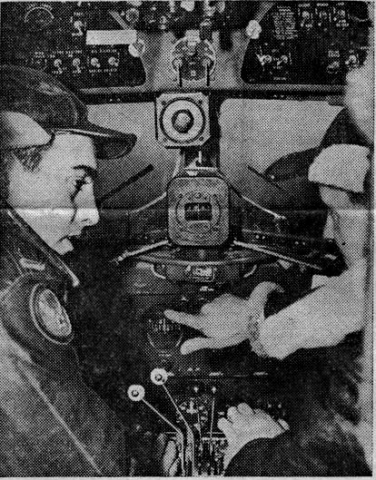 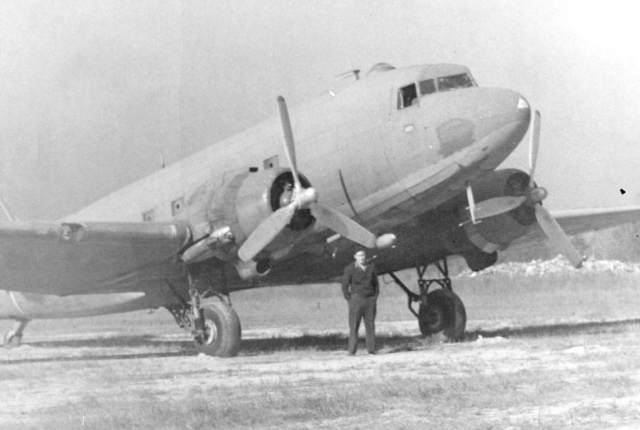 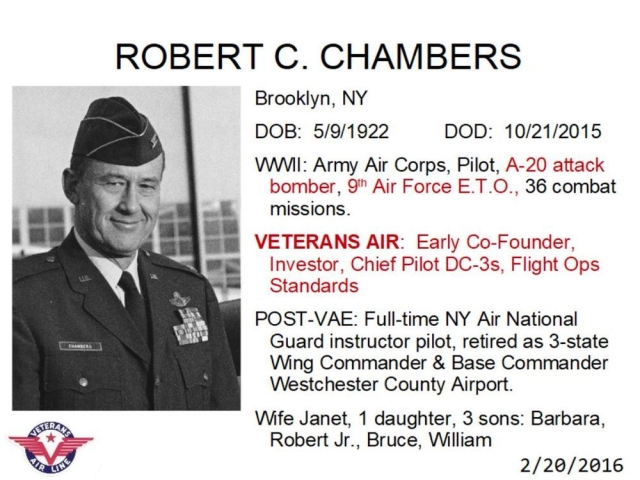 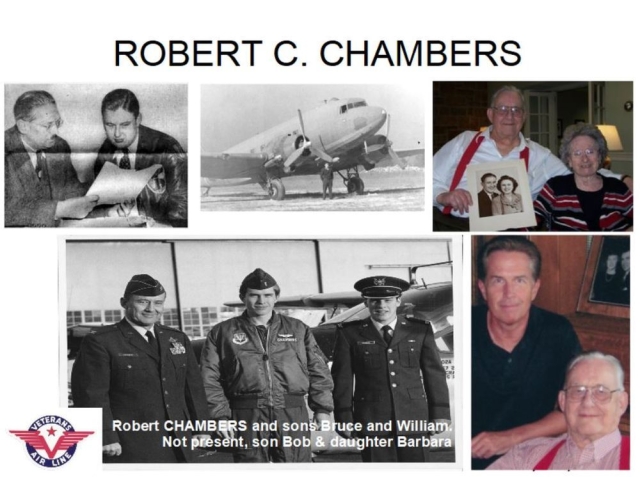