Dad believed in and lived a life of service.

His military career was certainly exemplary. In WWII he flew 36 combat missions in the European Theatre. And, when he came home, he joined the New York Air National Guard for the next 30 years. Flew a dozen, maybe 15 different Air Guard airplanes. Served as Unit Commander. Then retired a Full Colonel.

But he also served on the school board when our district was just being formed. And as Trustee and Treasurer in our church for many years. His spirit and commitment to military service as well as doing stuff outside the family, outside his day job, got implanted in our DNA as a way to live. And it stuck!

Robert and Janet Chambers’ daughter Barbara (Chambers) Morrison became a new-born intensive care nurse. Sons Bob and Bill Chambers are U.S. Air Force Academy graduates, serving as pilot and navigator respectively. And Bruce Chambers served as a pilot in the Air National Guard. Plus they all have volunteered their time to numerous community agencies. So, being service oriented, indeed, did stick — and remains another part of Robert Chambers’ legacy.

Buffy told a story much different in content, but with a similar theme and impact. The story involves a WWII bombing raid and Buffy’s whole family 70 years later. Buffy says the following story resonated profoundly with her.

“…a mission that my dad went on from Italy. May have been his 50th mission. He felt it was one of his greatest contributions to World War II. From Trieste they were to bomb oil fields in Ploesti, Romania, the country’s largest oil source and used to supply fuel to German military. The mission ranked as (one of) the fiercest, most heroic, also the most deadly of WWII. The guys that came back from that were very fortunate.

My dad would just have flipped if he had been around when this story came full circle. My son-in-law Seth works for Schlumberger, (the world’s largest oilfield services company). In March 2018, Seth and Katie our daughter were transferred to Bucharest Romania. And Seth worked in the same oil fields that my dad bombed in World War II. Isn’t that crazy!!??

To walk where the bombs fell…

But there’s more. Jack and I squeezed in a trip to Romania to visit Katie & Seth. We all “ubered” everywhere. And, of course, we went to Ploesti. I just wanted to be in that town that my dad spoke of so often. Being in Ploiesti made me feel warm in my heart.  Kinda of strangely close to my dad and very proud of his service!!!

While touring Bucharest, we passed a round-about with this beautiful statue of a pilot. The driver explained it honors all pilots from all sides of WWII that lost their lives. Why all pilots, we asked? Because during the war, Romania switched sides from the Germans to the Allies. To me that statue was honoring my father as well, because he was a pilot. Of course, I didn’t say a thing about him bombing the oil fields – I’d of been thrown out of the car!!! 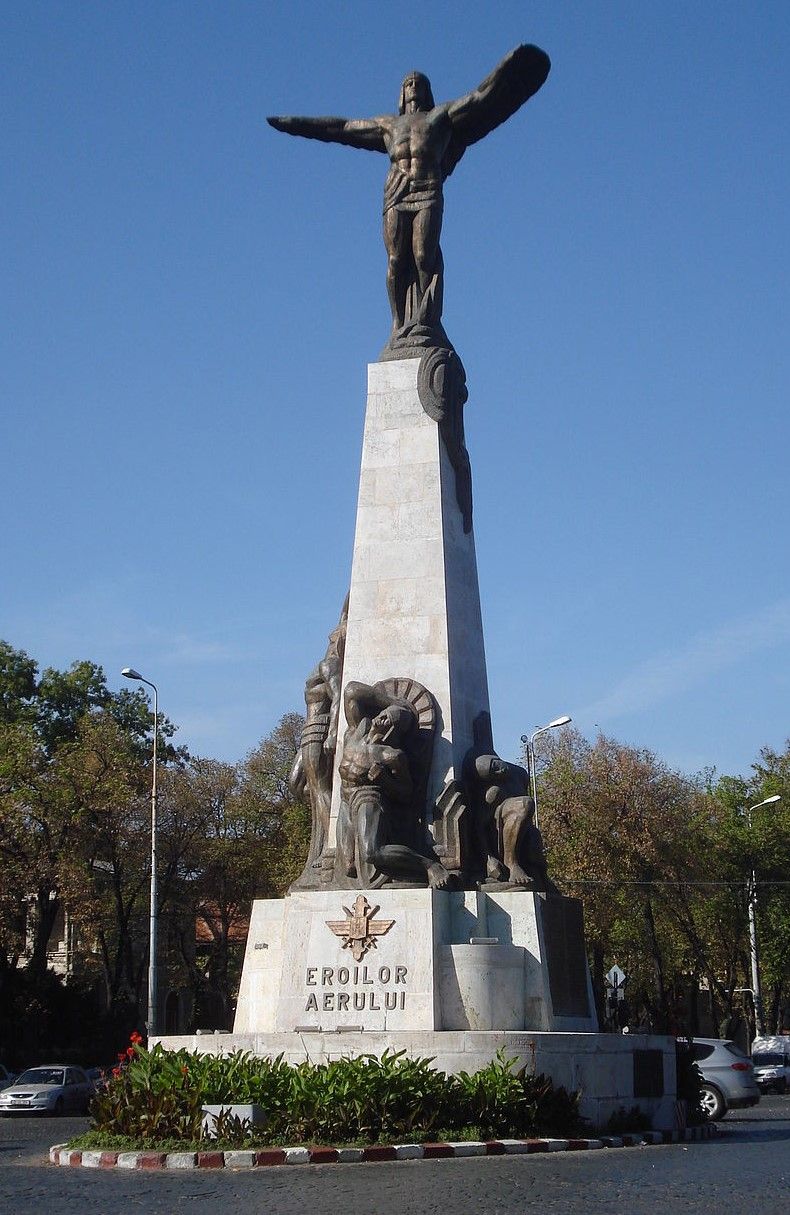 Monument to the Heroes of the Air 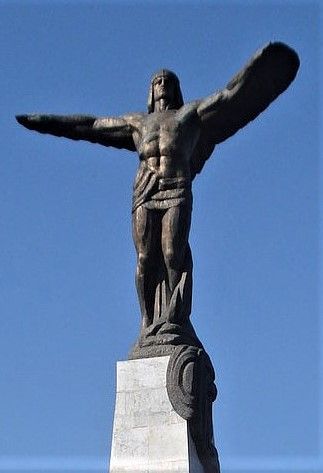 EDITOR’S NOTE:  While I’d love to be flooded with Comments informing me that this Memorial is for World War I pilots, I’ll relieve you of the necessity.  We already know. But that doesn’t change Buffy’s reaction back then.  Her response today was:  “Interesting…Jack and I both remember the Uber driver talking about WWII.  Wierd!”

Not to mention the driver’s elaboration [and the fact] that they fought on both sides of the conflict. It matters little. The statue, sufficiently magnificent, easily honors all Aviators no matter the war. [Photo credits: Website of the Monument to the Heroes of the Air.]

1 thought on “Noll and Chambers proud to serve”